On my bike and in poll position!

The Boroondara Review, a local newspaper, has just published an article and one of the reasons I am standing for Council - the provision of safer shared pedestrian and cycling infrastructure to create a better network throughout Boroondara.

Boroondara Council has a key role for advocating for the provision of infrastructure. If elected, I will pursue the opportunity to provide a safe family-friendly shared pedestrian and bike trial through Boroondara connecting Hawthorn and Box Hill.
Most residents of Maling Ward I have spoken to during this campaign really want a safe trail for bikes and pedestrians along this route for local trips and tot connect with the Anniversary and Main Yarra Trails.
I am participating in the Ride to Work Day this Wednesday 17/10 and having breakfast at the Hawthorn Velodrome in Boroondara.  I hope to see you there.
Links

Posted by Peter Campbell at 16:20 No comments:

I was invited to speak on behalf of the Boroondara Bicycle Users Group about the Hawthorn to Box Hill Trail at the Surrey Hills Neighbourhood Centre (SHNC) Annual General Meeting on 5 September 2011.

The SHNC has three cycling groups that do regular rides around Boroondara, from short social rides up to 70km trips across and out of Melbourne.

The Hawthorn to Box Hill Trail is a proposal for a family friendly safe cycling and pedestrian route that would connect many schools and activity centres through the middle of Boroondara in an east-west direction.

I emphasised that there is a chronic lack of a safe cycling route east-west through Boroondara.   A route that connects the Yarra, West Hawthorn, Glenferrie Road, Auburn Road shopping centre, Camberwell Junction, Maling Road, Union Road shops through to Box Hill could be used for a variety of local trips.

It would also be great for children who are learning to ride, and for families who like to ride on a route free from cars.


There were over 50 people at the AGM, many of who cycle regularly.  All were keen to use sections of this route.

The City of Boroondara has added this route to their Bicycle Strategy, but much of the route following the train line to Box Hills is controlled by the Victorian State Government via VicTrack and VicRoads.  So far, the Victorian Government has been unwilling to develop this route, despite support from Finance Minster and member for Box Hill Robert Clark (for the portion of the route in his electorate).

If elected to Maling Ward, I will advocate to and work with the Victorian Government to realise the fantastic opportunity that this route offers to local residents.

Posted by Peter Campbell at 15:10 No comments: 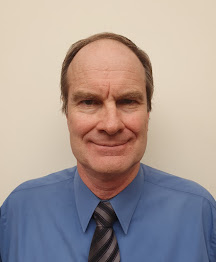